For all but a few of the past 25 years I spend a lot of time researching current and arising concerns that pose themselves to you as policies and laws change. I have been very fortunate and worked with many of you and or your predecessors, other fleet managers, owners and OEM teams across North America and around the Globe searching for products and or creating "new to the world" safe and viable solutions for your fleets and the auto industry.

Along with my teams I have proudly operated the largest fleet ship through operations in NA implementing those solutions into many of your fleets like the green initiatives: anti-idling, alternate fuels, telematics etc., the anti-theft initiatives: immobilizers, alarms, special locking systems..., the storage and workspace initiatives and so on.

Recently I have come across a growing issue of Cargo Containment and the increasing amount of fines that are being written by our government enforcement officers. For years many states and provinces have had laws in place to enforce cargo containment but never strictly enforced it unless the a load was obviously dangerous. Well that's changing!

I started doing some investigation to see what has been going on and why all the sudden are these fines being given out for unsecured cargo or aka loose objects in a vehicle. I found out that over the past few years there have been an increasing number of injuries and deaths caused by loose flying objects and that according to safety expert, Sean Kane of Safety Research and Strategies, ordinary objects in cars and trucks are responsible for 13,000 injuries each year and cargo containment is a growing concern.

In any case it's bad news for the people involved-  including the company, the owners, the families, etc...

As most of you know cargo containment is a hard thing to enforce when it comes to our employees as many so called solutions are time consuming and due to the time constraint pressure it makes it difficult for the employees to take the time to properly secure their vehicles contents. I know that seems like an excuse but in their world it’s what they feel or at least use an excuse.

I have found talking to people in our industry we all are concerned and many have taken steps to improve cargo containment and vehicle occupant safety by installing partition barriers, shelving, etc. and that's awesome but do you really know if that's enough?

Did you know when a vehicle travelling at 55 MPH and it comes to a sudden stop, a 20lbs object has 1000lbs of force and can tear the arm off a crash test dummy, I wouldn't want to imagine what that could do to a real person. Does partition have the ability to stop that?  We all know the proper way to secure the object is to secure it where you place it, "so it can't fly", problem solved.

In my research for a viable solution I came across Gladiator/Gorilla  Cargo Nets which seemed to be a low cost, easy to use solution.

It seems Gladiator is ISO 9001:2001 and AS/NZS 4380:2001 certified and the nets have a working load rating, they are used by the military to contain articles in the aircrafts and ground units around the world, used in aerospace to hold the cabling when launching rockets to space. They are easy to install and pack away quickly, they seem to be a good solution to resolve the issue of Cargo Containment when used in conjunction with proper attachment points. 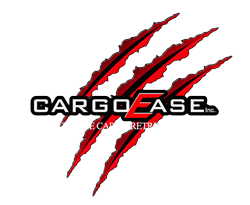